The Out Here Now: Kansas City LGBT Film Festival will be screening FRONT COVER on June 26th at 3PM.
Come on down to Kansas City, Missouri and catch the film!
Click here for more information

We will screen right in the heart of the Castro District and for that extra added bonus, it is also in the midst of LGBTQ Pride festivities! Come celebrate with us! Scheduled to attend are Director Ray Yeung and our lead actor James Chen
Saturday, June 25, 6:00 PM
Castro Theatre

Congratulations to the amazing vision of our Director, Ray Yeung and a big THANK YOU to the folks at FilmOut SanDiego! 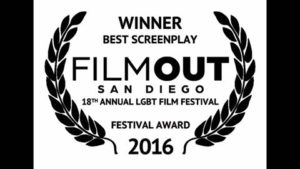